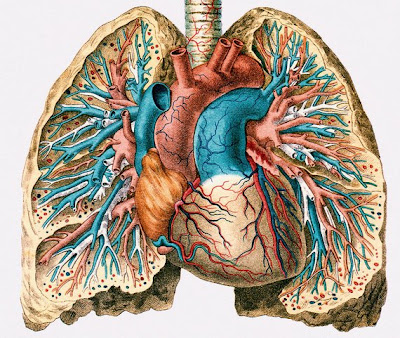 This article gives an excellent overview of the ex-vivo lung perfusion technique that many centers are now using in studies with lung transplants. Toronto General Hospital, where I had my lung transplant, is one of the leading centers doing this. If successful this will greatly increase the number of donor lungs suitable for transplant and save many more lives in the future.

Surgeons at University Hospital of South Manchester (UHSM) successfully transplanted donor lungs that had been made to breathe outside the body.

The technique, known as "ex-vivo assessment", allows doctors to assess the quality of lungs after they have been removed from the donor.

This is particularly important in transplant medicine, as donor organs can be impaired by the process of death or by repeated resuscitation attempts at the point of death and thereby rendered unfit for transplant.

During the procedure, the lungs are removed from the donor and hooked up to a machine and pumped with blood and oxygen. This is to keep them functioning for longer than they would normally survive outside of the body.

After a period on the machine, the lungs, which may have been deemed sub-optimal for transplantation while in the donor, may recover sufficient functionality to be used safely in a transplant.

The procedure, which was first developed in Sweden, is estimated to increase the number of organs available for transplant by 25 per cent.

The surgical team in Manchester is the first outside Sweden to successfully carry out a lung transplant using the "ex-vivo assessment" method.

The director of transplant at UHSM, Mr Nizar Yonan, says the number of people on waiting lists for lung transplants in most countries is significantly larger than the number of lungs procured from "heart-beating" donations.

Unfortunately, this means that a significant number of patients do not survive long enough to get a transplant, he says. "So the pressure has been on us for some time to expand the criteria for accepting lung donations.

"The problem is that many donor organs look good at an early stage but when you assess them just prior to transplant, the results can be sub-optimal, forcing us, under the current guidelines, to cancel the transplant procedure because of concern about how the organs will function in the recipient."

However, Yonan says the sub-optimal assessment is often caused by a deterioration in the donor's body at the point of death and not necessarily because of any inherent problem with the lungs themselves.

"With some brain trauma patients, for example, you can get neurogenic pulmonary oedemas where there is build-up of fluid on the lungs impairing gas exchange and ultimately causing respiratory failure," he says.

"Even though we feel the lungs would be safe to transplant, as they do not have any injuries, say from inhalation or pneumonia, we cannot be 100 per cent sure that they would function effectively in the recipient."

He says with the "ex-vivo assessment" method the lungs are removed from the body in the normal way but instead of implanting them they are connected to a circuit and perfused with a blood and oxygen mix.

Once the blood flow and ventilation are normalised, the oxygen supply is then removed, allowing the lungs ventilate on their own and oxygenate the blood coming through the circuit, thereby mimicking normal physiological conditions.

This gives doctors a chance to assess the lung function outside the donor's body.

"By adding a special solution to the circuit, we can also remove any extra fluid in the lungs. So it is not just assessment, there is partial resuscitation," Yonan says.

"We have around 30 patients who have consented to be transplanted using ex-vivo organs and I am confident that many lives will be saved using this technique," he says.

There are 33 patients in the Republic awaiting lung transplant operations.

About 40 per cent of these patients are cystic fibrosis sufferers. The remainder suffer from various lung diseases such as idiopathic pulmonary fibrosis and emphysema.

Prof Freddie Wood, the director of the National Heart and Lung Transplant Programme at the Mater Hospital in Dublin, says the Republic can harvest about 12.5 per cent of the viable lungs made available through multi-organ offers.

This equates to about one to two lungs per year, because of the difficulty in matching recipients and donors in terms of size and blood group.

The Mater is currently reviewing its heart and lung transplant procedures with the aim of adopting new technologies, similar to the one being used in Manchester.

Wood says the ex-vivo assessment technique appears to have "considerable potential" but further results would need to be assessed before it could be adopted by other transplanting groups.

He believes the new technologies must be complemented with the adoption of a national donor management strategy similar to those developed in Canada and Australia.

He cites Ontario's donor management system which has increased its organ donation yield from 12.5 per cent to 50 per cent.

"If we could obtain similar results here then we would suddenly provide for all the patients waiting for transplantation in Ireland."

There has been four double-lung and 16 single-lung transplantations performed at the Mater hospital since the establishment of the National Heart and Lung Transplant Programme in 2005.

All patients have survived except for one individual who died 11 months after the operation.

One of the main risks posed by transplant procedures, apart from whether the newly transplanted organ will function properly, is the problem of organ rejection.

The recipient's immune system may see it as an invader and attack it because the transplanted lung or lungs come from another person.

Patients are put on a regimen of immuno-suppressive drugs to prevent organ rejection.

However, these drugs can significantly impair the body's immune function increasing the chances of infection and so patients must be closely monitored.

He says the survival rates have improved significantly in the past 10 years with the development of more effective drugs and the improved detection of rejection episodes.

However, he says, the lungs are a particularly difficult organ to monitor and if you are getting chronic rejection problems, there is nothing else to fall back on, in contrast with the kidneys, for instance, where you can put a patient back on dialysis.

"Although the rejection rate with the lungs is no greater than other organ transplants, we don't have any support mechanisms to keep people going if their transplanted organ fails."

What an excellent blog!

I have a several part story on my blog now about a heart transplant receipent. It is at this url:


I am adding you to my blog roll and would ask that you consider adding mine too.