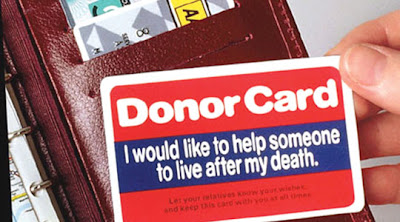 In a bid to reduce the bureaucracy and suffering of those waiting for transplant operations, the European Commission has unveiled plans to push member states to work together on organ donation and transplants.

There is still lack of cooperation among health authorities in the EU27 over organ exchanging and donation - the majority are still tackling this issue individually, often at a high cost.

According to the Commission, 12 persons a day are dying in Europe as they wait for organ transplants. The waiting list has now reached 56,000.

Adopting a new directive on Organ Quality and Safety Measures, together with a 10-point action plan, the Commission said it wanted member states to strengthen organ donation and transplantation systems.

"These measures are all about saving lives," Health Commissioner Androulla Vassiliou said at a news conference.

The draft proposals, which still need the approval of member states and the European Parliament, focus on improved cooperation, partly through procedures and through the sharing of knowledge and expertise.

Member states would also be obliged to create an authority to run checks on the quality of organs and on health standards.

Under the six-year action plan, spanning from 2009 to 2015, an EU-wide system will be created to trace the origins of organs, and another system to report serious reactions to a transplant.

The Commission is hoping the success of a similar system in Scandinavia, where organs are pooled, may also be introduced across the EU.

The EU executive said the need for international cooperation in this area was made more acute by the wide discrepancy in the number of donors. Donation rates varied from 34.6 per million people in Spain to 13.8 per million in the UK, six per million in Greece and just 0.5 per million in Romania.

According to the results of a Eurobarometer survey published last May, 15 per cent of Maltese said they had a donor card. However, 75 per cent agreed that they would consent to donate their organs after their death if asked.