Nothing is more heartwarming than to hear stories like this of people coming forward anonymously to save the life of a fellow human being. I've had two anonymous donors contact me recently to offer one of their kidneys and I put them in touch with the transplant centers who were grateful for these acts of kindness. Thousands of people around the world are waiting for kidney transplants in order to live and what better gift can we give? 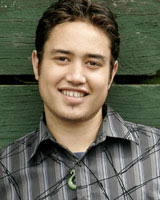 Teen on top of world
Before his transplant, Joseph Stevens thought he "was done". Photo / Janna Dixon

Joseph Stevens has already been given the best Christmas present possible - his life.

After suffering kidney failure a year ago, the Gisborne teenager thought he "was done", but a rare anonymous donation means he's on the mend.

"I was in the hospital and the doctors told me someone had come forward. I was feeling pretty bad at the time. I had no energy, I couldn't socialise with any of my friends and I was on dialysis.

"I'm so lucky. It's a pretty cool early Christmas present."

But Joseph is among a much smaller number to receive an organ from a living stranger rather than a family member or friend.

Ian Dittmer, kidney specialist and medical director for the Kidney Allocation Scheme, said the 17-year-old was only the third recipient of an anonymous donation in Auckland.

"They have had a few more in Christchurch and Wellington, but it is exceedingly rare ... He is a lucky boy."

Diagnosed with a "savage" virus aged 8, Joseph's health quickly deteriorated when an infection spread through his bloodstream and affected his kidneys.

Last year he started dialysis, which meant being hooked to a machine that cleaned his blood for 10 hours a day.

The "exhausting" process meant he was forced to drop out of school and he grew apart from his friends.

Now things are looking up. Joseph has almost recovered from his October operation, has started a mechanic's course in Gisborne and hopes to travel next year.

"I feel normal and there's nothing wrong with me. I feel like me again."

Joseph's mother and other family members were waiting to be tested for a possible match when news of the donor came through. "There were two of us in the renal ward waiting for donors but I was just lucky I was a closer match."

Joseph's mother, Connie Stevens, said she could not be more grateful to the donor who saved her son's life.

"For one to give a part of him or herself to save or even improve the quality of another person's life, especially a stranger, is a truly amazing thing.

"It is the most unselfish act anyone can do."

About 600 people are waiting for transplants and 2000 are on dialysis in New Zealand, but the numbers change daily. Kidney Health New Zealand education manager, Carmel Gregan-Ford, said cases like Joseph's were fantastic because there were so few donors.

"We used to tell people they would have to wait for between 18 months and three years for a kidney transplant, but now many people are waiting for up to five years."

Joseph, who is planning to register as an organ donor, said the only other present he wanted was the chance to thank the person who saved his life.

"I'll probably never know who it is but I want them to know they've done a wonderful thing.