An organ donor, he may save 8 others 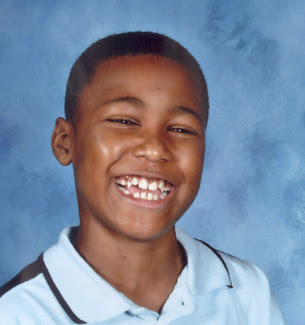 GULFPORT -- With what she says was inspiration from above, Deborah King made her decision when it was clear her 11-year-old son wasn't going to survive the illness that hit him Saturday.

King donated her son Cameron Emanuel King's organs, knowing it was what the child, remembered by friends for his generosity, would want. And the move has given hope to other families waiting for organs for their seriously ill children, which Cameron's survivors said comforts them.

"The Lord just laid it on my heart," King said. "He was a healthy little boy and he said he always wanted to help anybody.... I wanted to see other kids live."

She said Friday that, at last report, eight organ matches had been found, including a teenage girl in Florida who needed lungs and a boy who needed a liver. King said she believes both have already received transplants.

The King family doesn't know the identities of those who received the organs and several Alabama medical groups involved in the case said such information is heavily protected by privacy laws. Sometimes going through the appropriate channels to receive the information that is releasable can take weeks, they said.

After giving much thought to having another child, just a few months before her 40th birthday King and her husband, Louis Ladell King, had Cameron.

"He has truly been a blessing to us," she said, noting her son and disabled husband spent nearly every day together.

Ever active in sports, playing baseball, football, soccer and basketball, Cameron had not been ill until Saturday, his mother said. To celebrate his recent birthday, the Kings had treated their son to a movie and had taken him to the skating rink, where Cameron came down with a severe headache.

He began to vomit and the family rushed him to Biloxi Regional Medical Center, King said. He was later taken to the University of South Alabama Medical Center in Mobile and he died there Monday, after having suffered a stroke and an aneurysm Saturday, King said.

The news of the death of the outgoing student at Bel-Air Elementary School has been tough on his classmates and fellow athletes. King said a wide variety of people have stopped by the family home in the Lyman area to express condolences. Cameron will be buried today.

His pastor at St. James Baptist Church, the Rev. Eddie C. Hartwell, said King, who had been baptized, sometimes attended national meetings with the church. He was also learning to play the drums, was in the choir and served as an usher.
.
Hartwell notes the death has been hard on the congregation, but he said there is some comfort to be taken. Cameron's last gift, which has the potential to help up to eight others, is something the pastor said appropriately sums up the boy's short and generous life.

"That says volumes about the kind of spirit that he had," Hartwell said. "... That's the little Cameron I know."