Mother donates kidney to her son 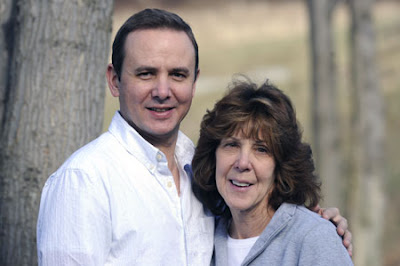 More than 35 years after Joyce Zezza gave birth to her only child, she gave him life again.

On Dec. 19, 2007, her son, Chris Bartman, received a kidney from his mother. Within months, the two had resumed the athletic activities they long had enjoyed, even competing in the 2008 National Kidney Foundation's U.S. Transplant Games, held last summer in Pittsburgh.

In July 2007, Zezza, 59, of Murrysville, and Bartman, now 36, of Monroeville, rode together in the MS (150) Escape to the Lake Bike Tour, a charitable ride near Erie to raise money for multiple sclerosis research Zezza had long participated in.

"He was fine," Zezza said of her son. "He had just moved back here (from Florida) and he had some fatigue."

Bartman, who had just started a new job with SYSCO Food Services, decided to see his new physician for a routine check-up.

His doctor discovered he had high blood pressure. Further testing determined his kidneys were functioning at 17 percent.

"I was in what is called end-stage renal disease," Bartman said.

He was immediately referred to the transplant clinic at UPMC Montefiore in Pittsburgh.

"If I hadn't been a match, he would have had to go on dialysis," Zezza said. "I knew immediately if I could, I would donate. For me, your child -- it's kind of a no-brainer."

She said she went through as many tests as her son did, from blood work to stress tests to ultrasound scans.

"They don't want to end up with two sick people," she said.

United Network For Organ Sharing statistics show that 78,000 people in the United States are on a waiting list for a kidney.

Living donors can shorten the wait time for a suitable organ. And recipients benefit from not languishing for years while awaiting a cadaver organ.

Living organ donation dates back to 1954. In 2008, 4,609 of the 20,951 organ transplants performed in the United States came from living donors, according to Organ Procurement Transplantation Network statistics.

In 2007, network statistics show, living donor kidney transplants from a parent to a child totaled 601.

The kidney is the most frequent type of living organ donation, according to the network. The procedure poses little risk for the donor because the remaining kidney compensates and does the work of both organs.

Both surgeries went smoothly, Zezza said. She spent only one night in the hospital, and her son spent only a few days. Both bounced back fairly quickly, she said.

The two recuperated at Zezza's residence, with Zezza's husband, Tony Zezza, on hand to help out.

Bartman went from daily to weekly to monthly checkups, and will have to take anti-rejection medication for the rest of his life, he said.

Zezza quickly returned to her job with Westinghouse in Cranberry.

Bartman returned to his job within a few months.

"One of the first things I noticed after the transplant, after the initial shock of surgery, was that I had 10 times the energy I had before," he said.

He said he was not surprised that his mother offered him her kidney.

Having met many organ recipients who have undergone multiple transplants, Zezza said she has shared her story and participated in fundraising efforts to promote organ donation.

"There are so many people out there who need organs," she said.

Bartman said it's possible he will need another kidney in 15 or 20 years.

But for now he's enjoying his new lease on life.

Zezza enjoyed the bouquet of flowers that arrived at her home on the first anniversary of her donation.

I wish everyone Happy Holidays and all the best for 2009