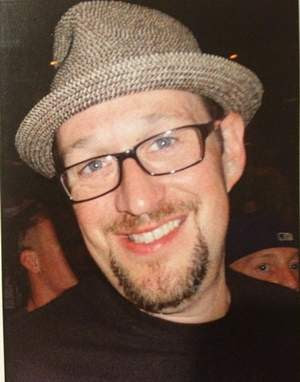 By Emily Hagedorn The Courier Journal

Brian James Seyer was 43 and had two young sons.

The Goshen man had recently graduated with his master’s degree in business administration from Sullivan University and had lost 80 pounds in an effort to be healthier.

His wife, Kelly, has a difficult time making sense of his death on Nov. 3, two weeks after he was hit by a car while walking in a crosswalk near the University of Kentucky campus.

But one source of comfort has come from the fact that his kidneys were donated to two men who are similar to Seyer — both 54 years old with two sons.

In an effort to make something positive come from something tragic, Seyer is speaking out as an organ donation advocate.

“It just was really full circle for me,” she said. “It’s brought me peace that those families won’t have to go through what we did, that Brian was able to help them.”

Brian Seyer was the state sales representative for The Kohler Co. and had been in Lexington on business. Kelly Seyer believes her husband may have been on his way to lunch when he was hit by a 1997 Volvo, driven by 18-year-old Patrick O’Brien on Oct. 20.

Kelly Seyer was at SeaWorld with her sons at the time. Brian Seyer wasn’t able to make the trip to Florida because of work but had been trading text messages with his wife, swapping comments about photos of the boys at the park.

Kohler’s human resources department called her that evening, telling her to contact UK’s hospital. She was in Lexington 24 hours later and would be there for several days while he was in a coma.

“It was two weeks of hell,” she said.

Brian Seyer deteriorated as doctors couldn’t stop the swelling in his brain. After it was clear that he would not recuperate, the family began discussing organ donation.

Kelly Seyer had recently renewed her driver’s license, opting to designate herself as an organ donor on the card. She remembers talking to her husband about that and him saying that he needed to do the same.

“He was always for the little guy,” she said. “He’s the guy, walking by a man with a can, who would put some money in it.”

Along with the designation on driver’s licenses, Kentucky adults can register as an organ donor at www.donatelifeky.org, said Jenny Miller Jones, director of education with Kentucky Organ Donor Affiliates, which worked with the Seyers through this process.

More than 1 million Kentuckians have registered, with most doing so through circuit court clerks’ offices when renewing licenses, she said. But people can go online and register themselves.

“The last thing a family wants to do is make the decision when they didn’t know what their loved one wanted,” Jones said. “This provides the answer to the family.”

Liaisons with Kentucky Organ Donor Affiliates reached out to the Seyers early and were a great source of comfort, Seyer said. They even checked up on the family many days after Brian had died.

Kelly Seyer later received a letter telling her that two men had received her husband’s kidneys. His heart valves and bone tissue also were prepared for use in transplants, and his pancreas was submitted for use in research on diabetes.

She said she hasn’t talked to her sons about the fact that their father’s organs were passed on to others.

“But I’m going to keep this letter and show it to them when I do,” she said.

Organ donation was mentioned in Brian Seyer’s service in Indianapolis, where Brian and Kelly Seyer are from. It was also mentioned at a service at the family’s church, Thomas Jefferson Unitarian Church on Brownsboro Road near Ballard High School.

Rev. Elwood Sturtevant directed parishioners to take out their driver’s licenses and sign the back as organ donors, along with the required two adult witnesses.

“Nothing will make up for the loss of Brian. ... But his life touches so many other people in a very concrete way by donation,” he said. “Organ donation is sort of the last gift we can physically make.”

It’s a gift that fills a great need, Jones said.

In 2010, roughly 28,000 successful organ transplants were performed nationwide, but it is estimated that twice as many could have been performed if more people donated organs.

Other key facts to know about organ donation is that all efforts are made to save a person’s life, regardless of their organ donation status, Jones said. Families are not charged for this, and the donor’s body is not disfigured in the process.

“People sometimes say, ‘I’m too old. Nobody will want my organs,’ ” Jones said. “Don’t rule yourself out.”

With Christmas around the corner, Seyer said she and her family are taking life day by day.

But this is one cause she plans on pursuing.

“The world is about taking care of each other,” she said. “And that’s just one thing you can do that’s selfless.”

“You Have the Power to Donate Life – to become an organ and tissue donor Sign-up today!
Tell Your Loved Ones of Your Decision”
Australia, register at Australian Organ Donor Register
New Zealand, register at Organ Donation New Zealand
Canada - Ontario beadonor.ca
other Canadian provinces
South Africa, http://www.odf.org.za/
United States, organdonor.gov
United Kingdom, register at NHS Organ Donor Register
Your generosity can save or enhance the lives of up to fifty people with heart, kidneys, liver, lungs, pancreas and small intestine transplants (see allotransplantation). One tissue donor can help by donating skin, corneas, bone, tendon, ligaments and heart valves
Has your life been saved by an organ transplant? "Pay it forward" and help spread the word about the need for organ donation - In the U.S. another person is added to the national transplant waiting list every 11 minutes and 18 people die each day waiting for an organ or tissue transplant. Organs can save lives, corneas renew vision, and tissue may help to restore someone's ability to walk, run or move freely without pain. Life Begins with You.
Posted by Merv Sheppard at 8:07 AM