Congratulations to Dana Trude for persevering in her efforts to excel in life following her transformation from being gravely ill to receiving a double-lung and heart transplant four years ago. I got to know Dana before her transplant and she is an inspiration to all who overcome adversity and get on with life. 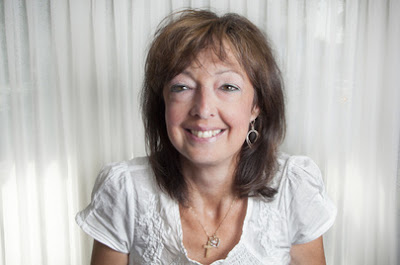 It’s been four years since Dana Trude received a new lease on life, in the form of a new heart and lungs.

So it was time to celebrate.

The Kitchener, Ontario woman chose to mark Sunday’s anniversary in Hawaii, completing a 10-kilometer fundraising walk for diabetes. The early-morning event was held in conjunction with the Honolulu Marathon, which attracted nearly 23,000 runners from around the world.

“Every year for me is a milestone, and to celebrate it in such a tropical paradise is even better,” the 49-year-old said from Hawaii Sunday night.

Trude was part of the 61-strong Team Diabetes, a fundraising program of the Canadian Diabetes Association which takes part in national and international events. Together, they raised about $230,000; Trude raised about $6,300, surpassing her $6,000 goal.

“I had a lot of wonderful support and sponsorships,” she said. Trude completed the walk — jogging a bit and stopping to take a few photos along the way — in just under two hours.

“I’m happy that I completed it,” she said. “I was a little apprehensive at first, but I had a lot of support.”

A number of serious conditions, including pulmonary hypertension, an aortic aneurysm and ventricular arrhythmia, prompted the double lung and heart transplant in 2006.

Trude likely developed diabetes as a complication of the transplant surgery or the anti-rejection medication required post-surgery. And she’s struggled with some other medical challenges, like a failing kidney, in the years since the operation.

But on Sunday, she was feeling great.

“I feel as healthy as anybody else,” Trude said. “My motto when I left the hospital was ‘I’m going to stay alive until I’m 95.’”

Trude took up walking primarily because of her diabetes, but also because she wanted to get out and meet people. She said her husband, Sam, teases her about the treadmill sitting dormant in their home.

She has participated in a number of fundraising walks in support of kidney transplants and cancer research, in memory of her mother. She’d also like to look into the possibility of sharing her story with others.

“If there was some way I could get out there to inspire people . . . I’d really like to try and help people who are struggling with their illness.”


“You Have the Power to Save Lives – Register to be an organ and tissue donor & Tell Your Loved Ones of Your Decision”
Register to be a donor in Ontario at Trillium Gift of Life Network NEW for Ontario: recycleMe.org - Learn The Ins & Outs Of Organ And Tissue Donation. Register Today! For other Canadian provinces click here
In the United States, be sure to find out how to register in your state at ShareYourLife.org or Download Donor Cards from OrganDonor.Gov
In Great Britain, register at NHS Organ Donor Register
In Australia, register at Australian Organ Donor Register
Your generosity can save or enhance the lives of up to fifty people with heart, kidneys, liver, lungs, pancreas and small intestine transplants (see allotransplantation). One tissue donor can help by donating skin, corneas, bone, tendon, ligaments and heart valves
Has your life been saved by an organ transplant? "Pay it forward" and help spread the word about the need for organ donation - In the U.S. another person is added to the national transplant waiting list every 11 minutes and 18 people die each day waiting for an organ or tissue transplant. Organs can save lives, corneas renew vision, and tissue may help to restore someone's ability to walk, run or move freely without pain. Life Begins with You
Posted by Merv Sheppard at 11:12 AM